Created in 1982 by Faridi, I took the liberty of framing two pieces of corrugated cardboard she had used to message Bob Dylan.  The Zimmie Fence measures 16″ x 32″ and is backed with a piece of gift wrapping paper.  In Supermind Aliens, a script Faridi created for television, one character is named Zimmie the Zipper – after Bob (Zimmerman) Dylan.  The “Zipper” refers to the character being cloistered or “zipped up” from the outside world.  A third piece of cardboard covered with hearts carries the message, “Baby, Crawl in My Window…” 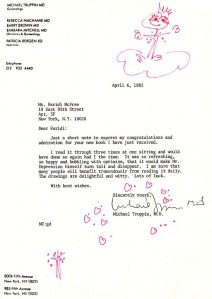 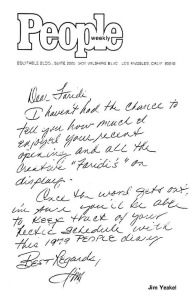 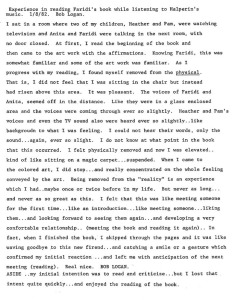 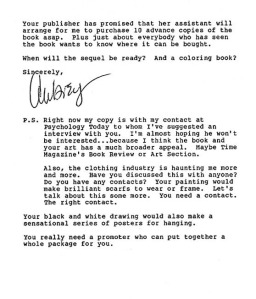 Faridi photocopied thousands of pages of correspondence over the years. Here is a small sample of the positive feedback she received, much of it concerning her book, Celebrate You!  Published by Doubleday in 1982, the book was filled with Faridi’s original drawings and positive affirmations.

Seen here are the contents of a single box purchased at the Public Storage Auction in New Jersey.  The storage locker contained a treasure trove of Faridi’s belongings.  Six other boxes were similarly full of documents, correspondence, TV script proposals, journals, photographs, and various unframed pieces of (doodle) art.  Also purchased at this auction were nearly one hundred pieces of Faridi’s “major” works.  A few months earlier, a Public Storage Auction was held in Los Angeles.  Many of those items are now part of this collection.  Among those items are Faridi’s early colored pencil works, diaries, address books, and a Dream Journal.  The Dream Journal from 1975 contains several Bob Dylan entries and describes their meeting at Jonathan Taplan’s wedding.  Taplan was the Executive Producer of the documentary, The Last Waltz.

Among the items purchased at the Public Storage Auction in California was this box of 1960s 8mm (silent) home movies shot by Faridi’s husband, Michael Hanft.  Interior shots of the William Morris Agency in New York, parties in Woodstock, poolside at a Country Club, and life with the Hanfts at their home in Bearsville are documented, along with two avant garde “story” films created by Faridi. One of those films is titled,  Water 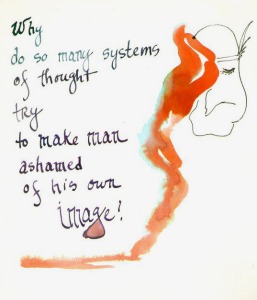 As their affair came to an end, Faridi created these two portraits.  At the time the affair began, Faridi had separated from her husband of sixteen years.  The love she felt for Dylan may have helped her through the difficult separation and ultimate divorce.  The “Love is Healing” affirmation peppers many of Faridi’s works. 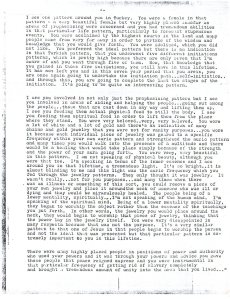 In October of 1972, psychic Joan Culpepper channeled her “Higher Self” frequency on the past lives of Faridi McFree.  Faridi recorded the reading and transcribed the event.  Faridi was a firm believer in all things metaphysical. 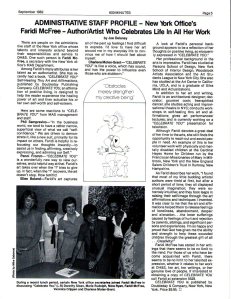 In 1982, shortly after Doubleday published her book, Celebrate You, Faridi was living in New York City, working for Deloitte, Haskins & Sells in Tower One of the World Trade Center.  She is featured in this edition of the company newsletter titled 600 Minutes.  Her second book, Peace On Earth Begins With You, was published by William Morrow in 1987. 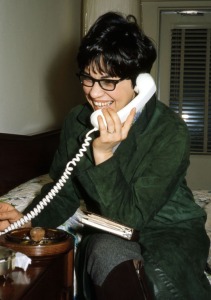 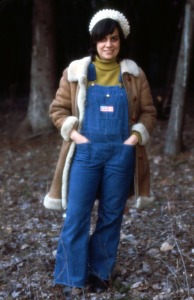 Faridi’s husband, Michael Hanft, is seen in one of the photos.

In 1979, Collier Fine Arts printed a limited edition of 300 signed and numbered lithographs featuring a work by Faridi McFree.  In one letter, Basil R. Collier, President of the publishing firm, writes, “Mr. Mably, our master printer, truly believes Faridi’s work to be finer than that of Picasso or Dali.”